Welcome to the D_Cide Traumerei Wiki! 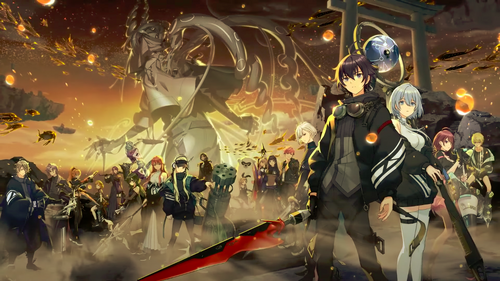 We are currently editing:

The majestic green unsullied by the blue sea--Yurashima. A student attending Watatsumi High, Randou Furukata is entrenched in his school life--until he's involved in a puzzling and gruesome murder. Randou is chosen as a "Knocker-Up," those who can travel between dreams and reality, being thrust into a nightmare he cannot wake up from.
Learn More

The stage is Shibuya.


When Ryuuhei Oda was in elementary school, he admired his kind older brother. Ryuuhei, who witnessed the mysterious death of his brother, is now a cheerful high schooler who doesn't let the lurking nightmare surrounding faze him. One day, while kickboxing, he's bitten by a mysterious creature named Tris and has an unusual dream.


He confronts his twisted desires as rumored "Drops" fly through the streets. What does he see beyond that?
Learn More

Join the discord to talk to fellow fans about everything D_Cide Traumerei related as well as to communicate with other wiki editors.

Retrieved from "https://dcide-traumerei.fandom.com/wiki/D_Cide_Traumerei_Wiki?oldid=806"
Community content is available under CC-BY-SA unless otherwise noted.